Success for volleyball and field hockey on the road 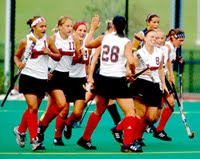