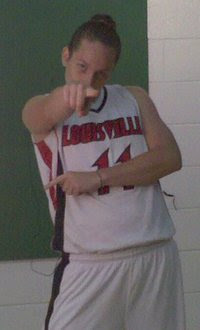 Jared Anderson is one of our favorite writers and does podcasts with us as well. When he's not busy snapping photos of student-athletes he's taking selfies of himself somewhere. We look forward to his expertise on several sports on these pages and when he takes on the Field Hockey water cannons. He also serves as CARDINAL COUPLE'S official photographer...an extension of his business {Jared Anderson Photography). He spends his working hours impersonating Freddy Farm Bureau around town and making sure folks are insured. Be careful, he might follow you home...but give him a hot meal, warm blanket, internet access and a corner to sleep in if he does...and he'll be fine and unobtrusive, unless you give him picture-taking capabilities.. It's said that "you're no one unless Jared has taken your photo". He's owned by Katie, she's got the rock to prove it and that's a probably a good thing, because the lad needs a keeper. 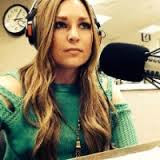 Our newest writer, Daryl Foust, is all about Cardinals Athletics. A essential part of the old Cardinal Couple Radio Hour on the ill-fated WCHQ FM, she also had her own radio show (Kentucky Women Talk Sports) and has written for a couple of other Cardinal Sports sites. The standing joke is that she'll show up for the CCRH podcast again someday. When she isn't working one of her many jobs, she' stays busy being Aunt Daryl. Her WBB and Softball knowledge is top notch . And, if there's a live music festival going on locally, you can expect to see her in attendance. We're honored to have her on board, we invite you to spend Fridays With Daryl at the website -- just don't ask her to predict scores, fill out brackets or be overjoyed at taking the Cardinal Couple Radio Hour Podcast Worldwide Quiz during the summer months...