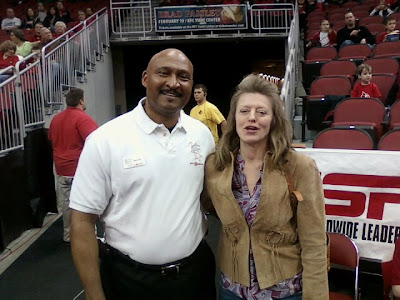 .
Follow us live!
as Louisville and Kentucky play in the Battle of the Bluegrass softball tilt!
.
CARDS BLANK CATS 6-0 BEHIND COLLINS FIVE HIT MOUND PERFORMANCE
.
Bright skies and a stiff wind blowing out of Ulmer Stadium greeted the teams as pre-game introductions at 5:50 p.m. Jerry Newby, pictured here, did a bang-up job on the National Anthem (without Sonja beside him).
.
Cardinal pitcher Tori Collins (pictur 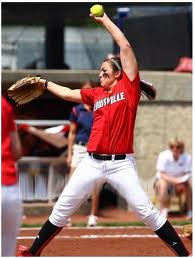